Press coverage of the album

Second single and video “Underneath There Is”: 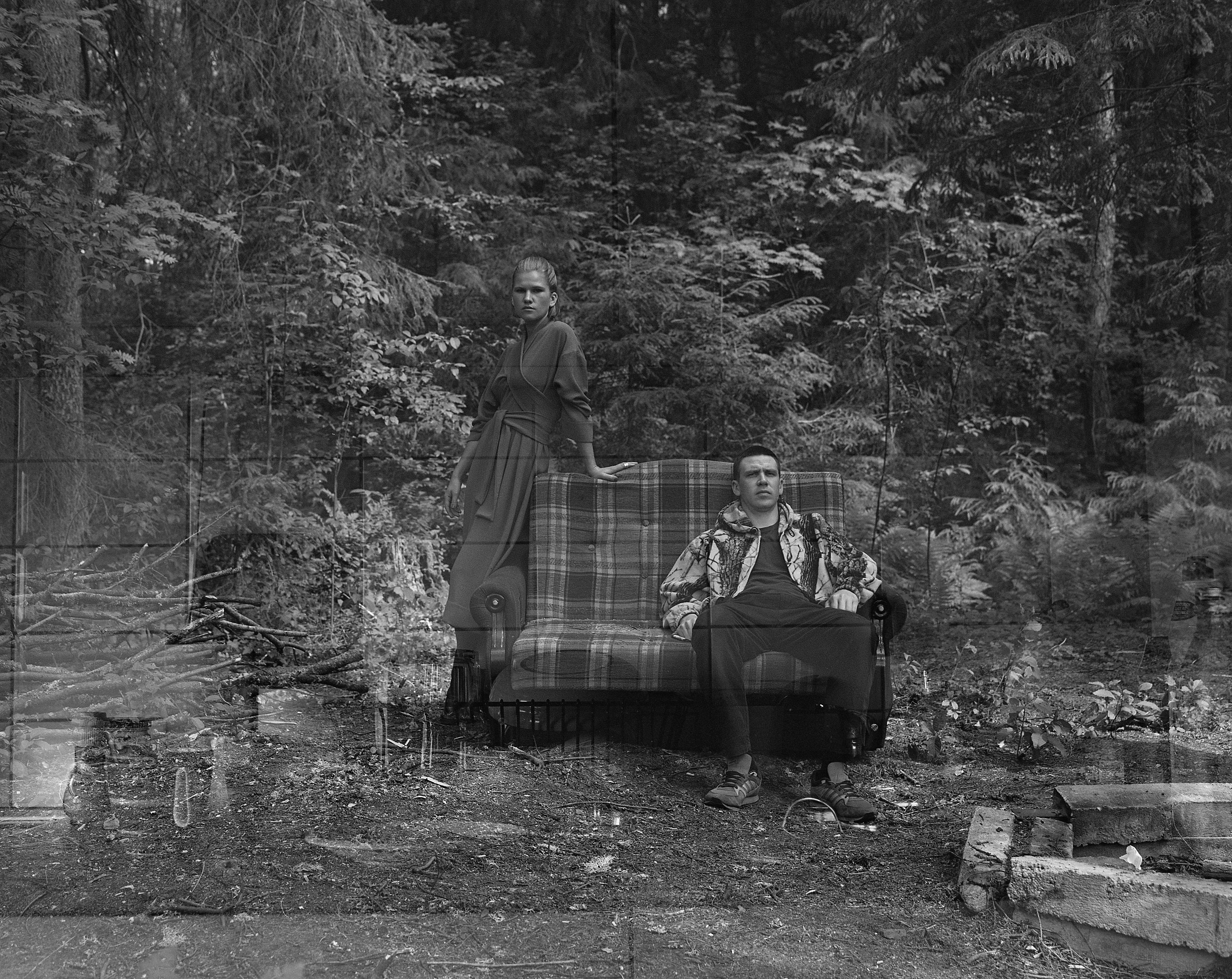 Maarja Nuut and Hendrik Kaljujärv (AKA Ruum) have always defied convention. Defied categorization too. Born out of a series of phone conversations in 2016, their musical collaboration has floated between genres and styles like an ever-shifting shadow. Their full length debut, 2018’s “Muunduja”, encapsulated this evasiveness perfectly – the title means ‘shifter’ in Estonian – but new record “World Inverted” takes this idea even further; it makes a virtue of their music’s contradictory nature.

“The world is like this,” says the duo by way of explanation. “Every power has its opposite, and each world has its own world inverted. Our aim is to place these two opposites in one body.” Dealing with the heart and mind, World Inverted is born of their cumulative experiences of art, of each other, of life. It is a singular statement from them as creators, and represents some form of ideal as to how things are.

Tonally rich, “World Inverted” is a visceral record, full of interesting textures and moods. The duo’s abstract electronic soundscapes are softer here, and more delicate. Gone are the abrasive slabs of noise and abrupt shifts in pace; in their place is a quiet, insistent techno, a low level thrum that flows through all seven tracks. Yet the duo conjure a range differing emotions within this framework, creating a sense of mystery and depth: at times, the music is ghostly, blessed with a childlike innocence; at others it’s darkly foreboding and ominous.

Rhythm is central here, both to their ideas and the record as a whole. Opener ‘We Get Older’ sets the scene perfectly, a studio jam that locks into a hypnotic, hazy groove and sounds like a cross between Mo Wax and Boards Of Canada. ‘Circles’ reimagines the chug of a locomotive, the glitchy beat spiralling in on itself as a distorted violin wails in the distance, while the ethereal opening of ‘Underneath There Is’ gives way to the rumble of an underground march complete with trumpet blares and rallying cry vocals.

It’s one of the few times Nuut’s voice really comes to the fore. Throughout World Inverted, her vocals are a more subdued, spectral presence, like a mist gently drifting through the electronica. Only three tracks here have lyrics, and two of those borrow from poets; the title track takes a verse from Elizabeth Bishop’s ‘Insomnia’, while ‘Cloths of Heaven’ lays the text of one of W.B. Yeats’ most lovelorn poems over a pastoral, ambient wash. Such sentiments add to the emotional heft of their work, and when Nuut takes centre stage the effect is joyously uplifting, like sunlight breaking through a cloud.

There’s also a higher plane to their work, an excavation of the inner self and a celebration of the human spirit. Love is a recurring theme, as is the desire to seek deep and meaningful connections. Such transcendence is found not only in grand, sweeping gestures and the beauty of poetry though. It’s there in the minutiae of life, picked over in ‘Candy Street’; an old gas pump gently creaks on a small, quiet street, planes fly lazily overhead, dreams come and go.

This friction between contrasts gives World Inverted its warmth, and its vitality. And where “Muunduja” was dominated by hidden impulses and fears, and the desire to peer into the shadows, “World Inverted” is laced with fragility and hope and soul. Much like Nuut and Kaljujärv’s collaborative relationship thus far, it is an exploration of humanity, at once both comforting and euphoric. This is the way the world is; they’re just reflecting it back at us.